The fleet to be expanded with LNG-powered trucks 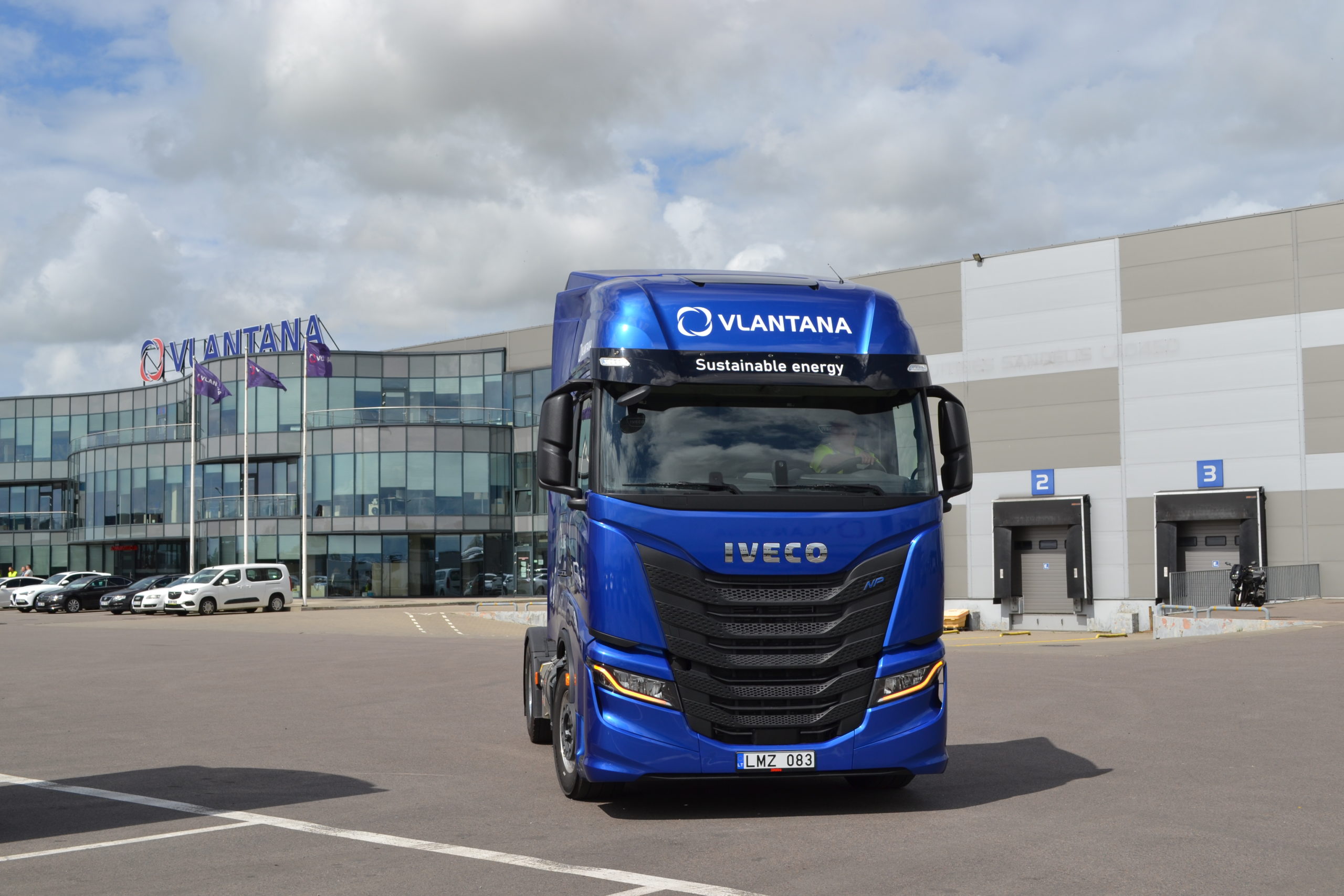 JSC Vlantana, one of the largest transport companies in Lithuania, is planning to acquire new Iveco Sway trucks powered by the ‘cleanest’ fossil fuel in the world – liquefied natural gas (LNG) – by the end of this year. In the context of building a climate-neutral economy, LNG has an important role to play: the use of LNG in heavy-duty vehicles contributes to the long-term goal of the European Union to reduce CO2 emissions from cars and vans by at least 40% by 2030.

The first LNG truck has already been delivered to Lithuania and testing of a specific selected model is currently in process.

‘We are focused and pay great attention to sustainable and environmentally friendly solutions, which will enable not only us but our customers as well to contribute to the reduction of environmental pollution – their goods will be transported in an environmentally friendly way, producing less pollution. LNG fueled truck engines have the lowest impact on the environment emitting significantly less harmful particles compared to diesel engines. In addition, engines of this technology work very quietly, which is relevant when delivering goods at night in cities where noise restrictions apply,’ said Tomas Stonys, General Manager of UAB Vlantana, talking about the acquisition of LNG trucks.

According to him, the long-term strategy of the company focuses on renewal of the car fleet taking into account the ecological aspect. The manufacturer of Iveco Sway trucks declares that its gas-powered vehicle reduces emissions of particulate matter by 90-95% and significantly lowers emissions of carbon dioxide (CO2) and nitrogen oxides (NOx), compared to its diesel counterpart. It is worth noting that the Iveco Sway truck with two LNG fuel tanks can travel up to 1600 km per refuel. It is estimated that the fuel consumption of an LNG fueled truck is as high as 15 percent compared to a diesel-powered truck.

Unfortunately, the network of LNG gas stations has not been developed in our country yet, currently we do not have any gas station to refuel LNG-powered trucks. Therefore sadly the new LNG trucks will operate in foreign markets with the main routes between Germany and the Benelux countries which have the best developed LNG gas station network’, emphasized T. Stonys.

Lithuania has approved a strategic objective and conditions to encourage companies to purchase liquefied gas-powered trucks and promote installation of gas filling stations. For example, in Germany, this type of measures is promoted very intensively and companies using LNG as a fuel for trucks are exempted from road tax.

The EU is currently implementing a so-called Blue Corridor project to install LNG filling stations for heavy-duty trucks at least every 400 km, but the reality is that the corridor currently ends at the German-Polish border.

What Are Cookies
As is common practice with almost all professional websites this site uses cookies, which are tiny files that are downloaded to your computer, to improve your experience. This page describes what information they gather, how we use it and why we sometimes need to store these cookies. We will also share how you can prevent these cookies from being stored however this may downgrade or ‘break’ certain elements of the sites functionality.
For more general information on cookies see the Wikipedia article on HTTP Cookies.

How We Use Cookies
We use cookies for a variety of reasons detailed below. Unfortunately in most cases there are no industry standard options for disabling cookies without completely disabling the functionality and features they add to this site. It is recommended that you leave on all cookies if you are not sure whether you need them or not in case they are used to provide a service that you use.

Disabling Cookies
You can prevent the setting of cookies by adjusting the settings on your browser (see your browser Help for how to do this). Be aware that disabling cookies will affect the functionality of this and many other websites that you visit. Disabling cookies will usually result in also disabling certain functionality and features of the this site. Therefore it is recommended that you do not disable cookies.

Third Party Cookies
In some special cases we also use cookies provided by trusted third parties. The following section details which third party cookies you might encounter through this site.
This site uses Google Analytics which is one of the most widespread and trusted analytics solution on the web for helping us to understand how you use the site and ways that we can improve your experience. These cookies may track things such as how long you spend on the site and the pages that you visit so we can continue to produce engaging content.
For more information on Google Analytics cookies, see the official Google Analytics page.

More Information
Hopefully that has clarified things for you and as was previously mentioned if there is something that you aren’t sure whether you need or not it’s usually safer to leave cookies enabled in case it does interact with one of the features you use on our site.
However if you are still looking for more information then you can contact us through one of our preferred contact methods:
Email: gdpr@vlantana.lt
Necessary Always Enabled

Analytical cookies are used to understand how visitors interact with the website. These cookies help provide information on metrics the number of visitors, bounce rate, traffic source, etc.

Advertisement cookies are used to provide visitors with relevant ads and marketing campaigns. These cookies track visitors across websites and collect information to provide customized ads.

Other uncategorized cookies are those that are being analyzed and have not been classified into a category as yet.